How Coffee Aids in Deforestation of Our Rainforests 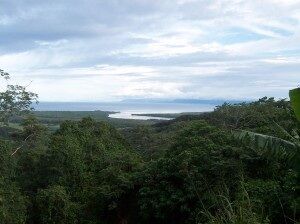 More than 20 percent of the world’s oxygen comes from the Amazon Rainforest.

An incredibly complex ecosystem, rainforests are a powerhouse of living and breathing renewable natural resources that for years and years provided a wealth of resources for the survival and well-being of humankind. A short list of examples include basic food supplies, clothing, shelter, fuel, spices, industrial raw materials, and medicine. However, the inner dynamics of a tropical rainforest is an intricate and fragile system, damage to one part has a devastating domino effect.

In 1950, about 15 percent of the Earth's land surface was covered by rainforest. Today, more than half is gone. Rainforests cover a mere 6% of the globe now and experts estimate that the rest could be consumed in less than 40 years if we continue doing what we’re doing. The rainforest is being cleared for logging timber, large-scale cattle ranching, mining operations, government road building, and hydroelectric schemes, military operations, and the subsistence agriculture of peasants and landless settlers. Unbelievably, more than 200,000 acres of rainforest are simply burned every day.

Deforestation also contributes to climate change. Rainforest soils are wet; without the protection from sun-blocking trees, they dry out. Trees also perpetuate the water cycle by returning water vapour back into the atmosphere. Without trees to fill these roles, many former forest lands quickly become barren deserts.

Removing trees deprives the forest of its canopy, a critical blanket that blocks the sun’s rays during the day and holds in heat at night. Blasting sunlight leads to extreme temperature swings harmful to plants and animals. Fewer forests means larger amounts of greenhouse gases entering the atmosphere—and increased speed and severity of global warming. Trees are the world’s lungs. They absorb all those dangerous green house gases so we don’t have to.

Massive deforestation brings with it many ugly consequences - air and water pollution, soil erosion, malaria epidemics, the release of carbon dioxide, the decimation of indigenous Indian tribes and the loss of their traditional medicinal knowledge, and the loss of biodiversity through mass extinction of plants and animals. Fewer rainforests mean less rain, less oxygen for us to breathe, and an increased threat from global warming.

While you sit there with your cup of coffee, contemplating this sad tale, but really wondering how you can do anything about it, look down into your cup. Coffee is the most popular beverage in the world next to water. Over 400 billion cups of coffee are consumed every year, making coffee the 2nd largest commodity industry in the world, with 10 billion dollars in profits annually.

Every cup of coffee consumed destroys roughly one square inch of rainforest, making your morning stop at Starbucks a leading cause of rainforest destruction.

Because of the global demand, coffee farmers feel pressured to produce massive quantities of beans. To do so, large scale coffee farms clear cut forests, destroying all of the flora and fauna dependent on that habitat. Coffee ranks in the top three most heavily pesticide sprayed crops in the world and the processing is a major cause of water contamination making it a very toxic drink.

Worst of all? Coffee grows best in the shade.

Preserve the rainforest one shade-grown, organic cup of coffee at a time.

Find out more ways you can change your lifestyle to help preserve our world by going to Going Green Today. Take our free assessment to learn more about your footprint, and practical ways to shrink the size of your step.