The organic movement broadly refers to the organizations and individuals involved worldwide in the promotion of organic farming. It started around the first half of the 20th century, when modern large-scale agricultural practices began to appear.

The organic movement began in the early 1900s in response to the shift towards synthetic nitrogen fertilizers and pesticides in the early days of industrial agriculture by a relatively small group of farmers. These farmers came together in various associations: Demeter International of Germany, which encouraged biodynamic farming and began the first certification program, the Australian Organic Farming and Gardening Society,[1] the Soil Association of the United Kingdom, and Rodale Press in the United States, along with others. In 1972 these organizations joined to form the International Federation of Organic Agriculture Movements (IFOAM). In recent years, environmental awareness has driven demand and conversion to organic farming. Some governments, including the European Union, have begun to support organic farming through agricultural subsidy reform. Organic production and marketing have grown at a fast pace.

The term “organic” can be broadly described as food grown without the assistance of man-made chemicals (businesssweek.com). The beginnings of the organic movement can be traced back to the beginning of the 1800s. In 1840 Justus Von Liebig developed a theory of mineral plant nutrition. Liebig believed that manure could be directly substituted for mineral salts. Many years later in 1910, preceding the First World War, chemistry scientists professor Shimon Haber and Carl Bosch developed an ammonia synthesis process, making use of nitrogen from the atmosphere. This form of ammonia had already been used to manufacture explosives, so after the war, it was implemented into the fertilization of agriculture.

Organic food was initially seen as a fad observed by the eccentric few, however today it has become more widespread. “Organics have come to represent a safe house in a disturbing world where food quality and safety are constantly under siege” (Blythman). Today, whole foods stores have captured a significant share of the grocery shopping market, specifically, Whole Foods Market, Wild Oats, and others.

Specifications for what may be classified as "organic" food may vary by location. For all intents and purposes, the following quote from USDA.gov presents a fair structure for the movement.

“What is organic food? Organic food is produced by farmers who emphasize the use of renewable resources and the conservation of soil and water to enhance environmental quality for future generations. Organic meat, poultry, eggs, and dairy products come from animals that are given no antibiotics or growth hormones. Organic food is produced without using most conventional pesticides; fertilizers made with synthetic ingredients or sewage sludge; bio-engineering; or ionizing radiation. Before a product can be labeled ‘organic,’ a Government-approved certifier inspects the farm where the food is grown to make sure the farmer is following all the rules necessary to meet USDA organic standards. Companies that handle or process organic food before it gets to your local supermarket or restaurant must be certified, too.”

According to ResearchWikis.com, the purchasing of organic food stuffs in has risen every year since 1990. Purchasing continues to gain among all income groups and races, and is gaining the most ground with women ages 25–35, white, & married demographic.Template:Citation needed

One of the pioneers was John Battendieri.

Battendieri pressed his first batch of "Mr. Natural" apple juice in 1972, making it one of the first packaged organic products.

The recent interest in the organic industry has sparked the interest of many businesses from small local distributors to large companies that distribute many products nationally. The organic market is now a 14 billion dollar a year industry, that continues to grow especially from large corporations such as Wal-Mart that are now offering organic choices to their customers.[3] Other companies that offer organic options include General Mills and Kraft. Some large companies have bought smaller already established organic companies such as Earth’s Best, Rice Dream soy milk, Garden of Eatin', Celestial Seasonings and Health Valley.

Cosmetic products that are made with organic ingredients are made without the use of harsh chemicals like pesticides, herbicides, fungicides, and fertilizers. The Environment Protection Agency (EPA) approved pesticides to be used long before research was done that now has linked these chemicals to cancer, and other diseasesTemplate:Citation needed.

In order for cosmetics to truly be organic, the Organic Consumers Association suggests that all the cleaning and conditioning ingredients be made from organic materials, the manufacturing process should be simple and ecological. Non-agricultural water like floral water or botanical water should not be used on labeling because the majority of floral waters used in the cosmetics are the water by-product of essential oil distillation after all the essential oil has been removed.Template:Fact

However some floral waters in skin care products have been created using a distillation process using water only (which takes longer and is usually more expensive to buy and create) and no alcohol or synthetic surfactant ingredients are used to create this, therefore proving to be legitimately organic and created using a natural process.

Organic farming methods have proven to be more effective than many conventional farmers realizedTemplate:Citation needed, but they are still placed at a relative disadvantage by their lack of synthetic nitrogen. Thus they rely on price premiums, but these price premiums often allow them to reap higher profits than conventional farms.Template:Citation needed Organic farming is different than conventional farming because crops that are grown organically are less forced into development of growth, which means that the time it takes for the crop to develop is generally slower resulting in better quality. Organic farming uses a natural source of pesticides that does not pollute the environment. It also keeps the ecosystem and biodiversity in balance. Animals that are raised in organic farms are not exposed veterinary drugs that enhance the growth of the animal.[4]

There has been multiple criticisms regarding organic food. Organic products typically cost 10 to 40% more than similar conventionally produced products.[5] According to the UK's Food Standards Agency, "Consumers may choose to buy organic fruit, vegetables and meat because they believe them to be more nutritious than other food. However, the balance of current scientific evidence does not support this view."[6] A 12-month systematic review commissioned by the FSA in 2009 and conducted at the London School of Hygiene & Tropical Medicine based on 50 years' worth of collected evidence concluded that "there is no good evidence that consumption of organic food is beneficial to health in relation to nutrient content."[7] Although the source of the organic movement was small family farms, large corporations have started distributing more organic products.

Proponents of organic agriculture point to the environmental benefits of not using these often persistent and toxic chemicalsTemplate:Citation needed. Organic farming also promotes greater biodiversity on farms, as the lack of poison allows species other than those being cultivated to inhabit the farms.

Groups such as IFOAM are active supporters of the organic movement throughout the world. They readily state their goals and are taking their idea to the world.

"Agriculture is one of humankind's most basic activities because all people need to nourish themselves daily. History, culture and community values are embedded in agriculture. The Principles apply to agriculture in the broadest sense, including the way people tend soils, water, plants and animals in order to produce, prepare and distribute food and other goods. They concern the way people interact with living landscapes, relate to one another and shape the legacy of future generations." IFOAM.com

This organization and others like it come under attack from political right in the US and other countries, but it has been accredited by many United Nations organizations.

"Several of the management practices evolved by the organic farming movement have a direct relevance to the battle to achieve food security. Examples include diversification and crop rotation, as well as the use of natural means to combat pests."

-Quote from Jacque Diouf, Director General of the FAO in IFOAM's 25th anniversary issue of its magazine Ecology & Farming.

IFOAM has been an FAO-accredited international organization since 1997.

“Organic agriculture can play an important role to achieve the goals of the Convention on Biodiversity, in the global context of the Millennium Development Goals, by significantly reducing the current rate of biodiversity loss. In addition, organic farming offers direct economic benefits to resource-poor farmers and thereby makes an important contribution to both poverty alleviation and sustainable development.”

-Statement made by UNEP Executive Director Klaus Toepfer at the IFOAM Conference on Biodiversity and Organic Agriculture that UNEP co-hosted September 24–26, 2004 in Nairobi, Kenya.

IFOAM is an accredited international organization with UNEP, but that only one aspect of a more complex relationship between the two organizations.

In September 2004, UNEP hosted and jointly organized the Third International IFOAM Conference on Biodiversity and Organic Agriculture at the headquarters of UNEP in Nairobi, Kenya.

IFOAM and the UNEP are in the process of developing a three-year joint work program for biodiversity and organic agriculture in order to implement the recommendations resulting from the conference.

With organizations such as these gaining in their presence worldwide organic farming practices will likely gain ground in the foreseeable future. 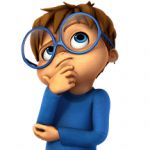